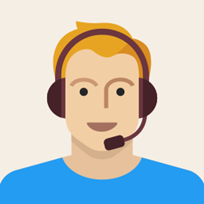 With this Mi TV Stick, turning your TV into a smart TV is a breeze. Your viewing experience is elevated to the next level with a user-friendly interface, Full High Definition, built-in Chromecast, Voice Search, and access to hundreds of entertainment OTTs.

Android TV-enabled portable streaming media player
Smart Cast and Google Assistant, Dolby and DTS surround sound
Lightweight and transportable
The Mi TV stick is about the size of a cherry tomato and weighs less than 30g, making it easy to carry in your pocket.
Forget about cords; simply plug the stick into any HDMI-equipped TV, monitor, or projector to transform it into a smart TV!

Setup is simple.
Instantly set up your Mi TV Stick in just three simple actions, you’ll be enjoying everything the Mi TV stick has to offer in no time!
1. Connect to the television
2. Make a WiFi connection
3. Begin your journey into the world of limitless entertainment.

Download your favourite streaming and gaming apps from Google Play Store to keep yourself engaged for hours.
Android TV provides a more intelligent experience.
The Mi TV Stick is powered by Android TV 9.0, which includes voice search and Chromecast, allowing you to access a wide range of entertainment.
Play games, watch the news, or listen to the radio while you catch up on your favourite TV series.
Mi TV Stick also makes video recommendations based on your YouTube and Google Play interests!

Google Assistant-enabled Bluetooth remote
There will be no more typing. Whether you’re looking for your favorite show, music, or asking about the weather, press the mic button on your remote to quickly locate what you’re looking for.
With dedicated Netflix and Prime Video buttons, you can watch Netflix and Prime Video with just one click.
Voice commands can be used to operate other smart gadgets in your home.

Inventive Casting
You can quickly project films and other content from your phone, tablet, or laptop to your TV screen in 1080p with the built-in Chromecast.
Cast content to your TV from your iPhone, iPad, Android smartphone, or PC.
Take phone calls without disrupting what’s on TV.
HD playback via high-speed streaming

What is In The Box?
General
Audio Video Features
Hdmi Connectors
Power